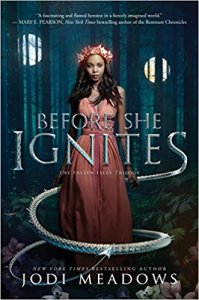 From the New York Times bestselling co-author of My Lady Jane comes a smoldering new fantasy trilogy about a girl condemned for defending dragons and the inner fire that may be her only chance of escape. Mira has always been a symbol of hope for the Fallen Isles, perfect and beautiful—or at least that’s how she’s forced to appear. But when she uncovers a dangerous secret, Mira is betrayed by those closest to her and sentenced to the deadliest prison in the Fallen Isles. Except Mira is over being a pawn. Fighting to survive against outer threats and inner demons of mental illness, Mira must find her inner fire and the scorching truth about her own endangered magic—before her very world collapses.

And that’s all before she ignites. 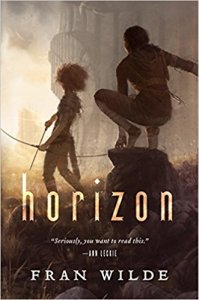 A winged society faces the threat of ultimate extinction in the thrilling finale to Fran Wilde’s Bone Universe fantasy series. A City of living bone towers crumbles to the ground and danger abounds. Kirit Densira has lost everything she loved the most―her mother, her home, and the skies above. Nat Brokenwings―once Kirit’s brother long before the rebellion tore them apart―is still trying to save his family in the face of catastrophe. They will need to band together once more to ensure not just their own survival, but that of their entire community.

The Death Of All Things, including stories by Aliette de Bodard and Fran Wilde ( Zombies Need Brains LLC, September 2017) 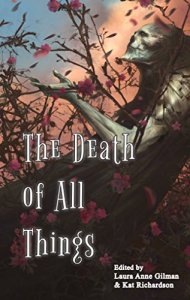 Discover the answer in The Death of All Things, where twenty-two writers take their shot at the Grim Reaper with explorations of the mythical, fantastical, and futuristic bonds between life and death. Learn the cost of mortality, the perils—and joys—of the afterlife, and the potential pitfalls of immortality …