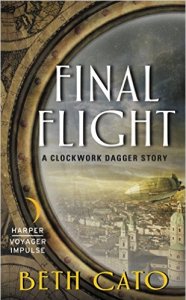 Captain Hue hoped he was rid of his troubles once Octavia Leander and Alonzo Garrett disembarked from his airship Argus. But he was quickly proved wrong when his ship was commandeered by Caskentian soldiers. He is ordered on a covert and deadly mission by the smarmy Julius Corrado, an elite Clockwork Dagger.

Now Captain Hue must start a mutiny to regain control of his airship, which means putting his entire crew at risk—including his teenage son Sheridan. As the weather worsens and time runs out, it’ll take incredible bravery to bring the Argus down….perhaps for good. 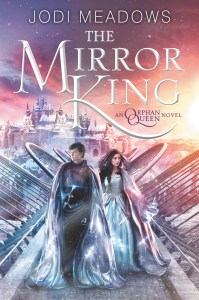 In this stunning conclusion to The Orphan Queen, Jodi Meadows follows Wilhelmina’s breathtaking and brave journey from orphaned criminal on the streets to magic-wielding queen. Princess Wilhelmina is ready for her crown, but declaring herself queen means war. Her magic is uncontrollable and now there’s a living boy made of wraith—destructive and deadly, and willing to do anything for her. Caught between what she wants and what is right, Wilhelmina realizes the throne might not even matter. Everyone thought the wraith was years off, but already it’s destroying Indigo Kingdom villages. Princess Wilhelmina’s ability might be just the thing to help reclaim her kingdom—or ruin it forever. 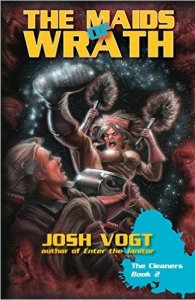 After surviving employee orientation without destroying the city with her new powers, Dani is finally a bonafide Cleaner. Raring to get to work and save the world from Corruption, she’s given the critical assignment of…full-time tools training. After all, what good are magic mops or squeegees if she doesn’t know how to properly wield them against Scum? For now, she’s stuck in sparring matches where her pride is getting as bruised as her body. Ben, her janitor friend and mentor, is also struggling with being sidelined as a “consultant” after the loss of his powers. His only consolation is having gained information that could help solve the mystery of his wife’s death on a Sewer run gone horribly wrong—the same event that temporarily trashed his sanity.

But when a maid goes berserk during a training session and tries to slaughter everyone with a feather duster, something is clearly afoul within the ranks of the Cleaners themselves.