Author and editor Josh Vogt’s work covers fantasy, science fiction, horror, humor, pulp, and more. His debut fantasy novel is Pathfinder Tales: Forge of Ashes, published alongside his urban fantasy series, The Cleaners, with Enter the Janitor and The Maids of Wrath. He’s an editor at Paizo, a Scribe Award finalist, and a member of both SFWA and the International Association of Media Tie-In Writers. 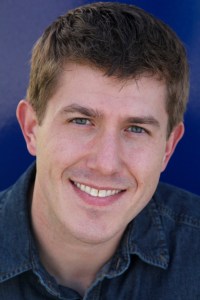 Strategies for a Standalone Sequel

Over the years, I’ve noticed a common complaint among authors. Namely, that writing the second book in a series can be even more difficult than writing and publishing the first one. I often wondered how that was possible. After all, once the first book is out there—whether it’s the first in a trilogy or a longer series—then isn’t all the initial hard work over and done with? The setting is established. Main characters have been introduced. Systems of magic have been explained. And you’ve also overcome the primary hurdle of getting the book published at all.

After Enter the Janitor came out last year, I focused on getting The Cleaners Book #2: The Maids of Wrath to print. And while I discovered some of the potential stumbling blocks other authors had spoken of regarding sequels, I also tried to give myself a unique challenge in my approach to the next entry in the series. Specifically, I wanted to make the story as standalone as possible, so that new readers could pick it up without having to go back to Enter the Janitor. Of course, I’d love for people to read every book in the series as it comes out, but I for at least the first handful I’ve planned in the Cleaners lines, I’d like them to be as accessible as possible on their own. Backstory and context might help, but I don’t want it to be an absolute requirement for someone to discover and get engaged by a particular novel. 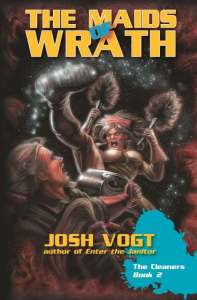 So what did that mean for The Maids of Wrath? It meant that alongside bringing back some characters and stringing along certain subplots from Enter the Janitor, I also had to find a particular balance in presenting both new and old elements. For instance, if every time a character first came onto the stage, I spent several pages explaining everything that happened to them in Book #1, the plot would come screeching to a halt. However, new readers needed a basic foundation of prior events in order to understand who this person was, their motivations, and general role in the plot—otherwise they might fail to be engaged or might become so confused they just get kicked out of the story.

In other words, I needed to keep moving the story and characters forward while keeping them rooted in the series history thus far. One technique I used was having a main character stay as a relative “newbie” to the world of the Cleaners. Despite the strides she made in Enter the Janitor, Dani is still pretty inexperienced when it comes to corporate policy and procedure, plus knowing what to expect from the various types of Scum or forms of Corruption they might encounter. So she’s still in a position to ask lots of questions, observe things she finds odd, and explore new situations. 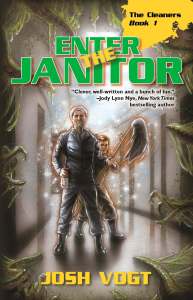 The second technique I used was shaking up the status quo for most of the characters. A lot changes by the end of Enter the Janitor, and so there’s plenty of opportunity to demonstrate the current state of affairs—or call back to earlier situations—when The Maids of Wrath kicks off. For Ben, even though he’s been a Cleaner for years, he’s dealing with some pretty unique circumstances and still has to face plenty of unknowns about his own future. So he’s seeing a familiar setting from a fresh perspective, which lets readers do the same.

Lastly, I put my trust in the readers. Personally, I enjoy stories that force me (to a degree) to puzzle out some of what’s come before. To me, this means the author assumes I’m an intelligent person and can figure things out as I go. I don’t need to be spoonfed, and I believe most readers feel the same way. Everything might not be totally clear from the get-go and a reference or two might be missed, but the important dots will be connected along the way.

All of this hopefully results in a story that, while a sequel, is one people can jump right into without further ado—though if folks are inspired to go back and check out Book #1 afterward, I certainly won’t stop them!

You can find Josh at JRVogt.com or on Twitter @JRVogt.